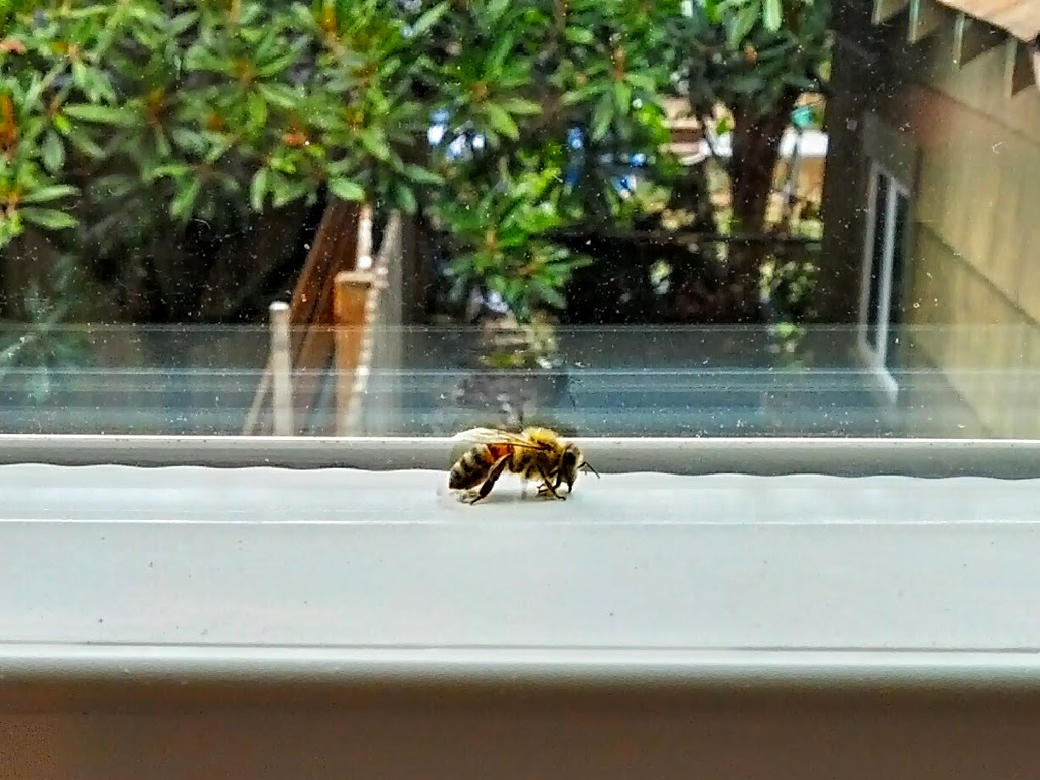 Birds and bees can teach us about much more than sex.

Honeybees are amazing creatures, with impressive organizational and navigational capabilities.

When I came downstairs to fix lunch today, I heard a loud buzzing in the dining room. The rear glass sliding door was open to let in some fresh air. A honeybee had flown in, and it was frantically trying to get back out. It continually bumped its face against the clear but unflinching transom window.

Just a few inches separated the bee from the large opening to freedom just below. However, because the transom window was slightly recessed, and the bee was so close to the glass, its perspective did not allow it to see the opening.

After a few minutes of listening to the buzzing, I began to feel sorry for the bee. I walked over with a clear cup, stood on my tiptoes, and gently placed the cup over the bee. I hoped that it would crawl into the cup, so that I could release it outside.

But the bee was not yet ready to be rescued. It was still too fixated on what it saw as the only way out–through the glass. So I removed the cup and returned to my lunch.

After a few more minutes passed, the bee became silent. Apparently worn out, it rested on the transom.

Again, I walked over with the glass, and gently placed it over the bee. This time, it crawled into the glass. I held it out through the opening, gave it a little tap on the bottom, and the bee flew away.

Free to fly once again.

The bee taught me a few important things about myself. It probably has something valuable to offer you, too.

There are probably times when you’ve found yourself bumping up against the glass. In fact, I’ll bet there’s some area of your life where you’re doing it right now.

I invite you to ponder the following questions:

I invite you to learn more about my coaching and how I’ve helped others.

Claim a free discovery session to learn how I may be able to support you.

This site uses Akismet to reduce spam. Learn how your comment data is processed.

Some pages on this site include affiliate links.